The Work Injury Report - Volume I 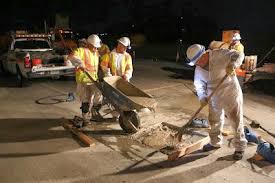 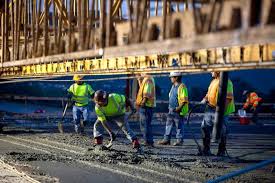 The Risks of Highway Work

The many toxic chemical which Caltrans workers’ have been and continue to be, exposed to on a daily basis, can cause cancer and other illnesses, such as lung disease.  These types of illnesses may be work injuries.

On top of exposure problems and the mix of chemicals, emotional stress on the job from conflicts, personalities or fear of being near speeding traffic all day can harm the body’s ability to fight cancer and other illnesses, and speed up the processes toward early death.

These are among the many risks which are associated with the jobs of Caltrans workers, and which are known and or suspected to be related to at least some of the causes of death listed in the box at right.

Workers are exposed to solvents when working with asphalt or pain, when testing material in laboratories and when cleaning a bitumen contamination from the skin.  Other workers are exposed to pesticides when spraying along the side of highways.  Hazardous materials spills may involve the immediate dangers of fuels, flammable or other solvents.  These spills may also result in long-term risks in contaminated dust particles.

A 1988 study [1] found that some causes of death occurred among California highway workers more frequently that would be expected by random chance.

This study looked at 1250 white males, 66 black males, 168 white females and 160 white male retirees.  Death due to these causes occurred significantly more frequently among these workers than among comparable groups with other employment.

While the study was not able to connect the risks of specific jobs and job hazards with particular cause of death, it concluded that “the pattern of [deaths] was consistent, in part with previously hypothesized effects and plausibly related to known occupational hazards and suspect agents.

Some of the chemicals Caltrans workers may be exposed to are included in the List of Chemicals Known to Cause Cancer or Reproductive Toxicity (Hyperlink  https://oehha.ca.gov/proposition-65/proposition-65-list) release by the Governor of the State of California.

State law requires that this list include all known human and animal carcinogens and reproductive toxins, and presumes a relationship between cancer (and other illnesses) and these chemicals.

It remains possible that exposure on the job causes, or at least aggravates, illnesses and perhaps death among workers, even though the laws of California clearly state that “no person in the course of business shall knowingly or intentionally expose any individual to a chemical known to cause cancer or reproductive toxicity without first giving clear and reasonable warnings to such individual…”[2]

The Los Angeles Times reported that recent scientific research suggests that the potential damage a chemical may cause may be enhanced significantly when exposure to certain other chemicals is combined with it.[3]

A leading doctor of internal medicine who has done extensive work in clinical toxicology has concluded that lymphoma has significantly increased among workers who spend much of their time outdoors in the sun, and are continuously exposed to certain types of chemicals and to vehicle and machinery exhaust fumes.  He writes, I can’t tell you that because of exposure to the herbicide triazine [an individual] got cancer, because there is no immediate relationship between them.  However, because of the statistical relationship and the fact that he has been exposed to innumerable chemicals, it’s more probable than not that…the exposure at least acted as an activator or contributed to the development of his cancer.”

Furthermore he indicates that when a person already has cancer, consistent and sufficiently harsh ongoing emotional job stress may tend to interfere with the autoimmune system so that the body either produces the cancer at a greater rate or does not have its usual ability to combat the cancer.

2  California Health and Safety Code §25249.6, known as the Safe Drinking Water and Toxic Enforcement Act of 1986

The Law Firm of Rowen, Gurvey & Win has helped many of their client, including Caltrans’ employees, with their workers’ compensation claims involving chemical exposure.

A highway landscape construction worker who had been employed with Caltrans for over 20 years died as a result of cancer.  The firm submitted evidence to the Workers’ Compensation Appeals Board establishing the fact that the Department of Transportation utilized various chemicals, herbicides and pesticides which are among those designated as cancer causation by Proposition 65, the Safe Drinking Water and Toxic Enforcement ACT.  The firm also proved that the highway landscape worker had suffered continuous exposure to toxic substances throughout his career with Caltrans.  In his decision the judge wrote that the work had died “as a result of cumulative and continuing exposure to toxic substances arising out of and occurring in the course of his employment….with the State of California.”  As a result his survivors were entitled to a substantial award.

Another Caltrans long-term landscape maintenance worker who suffers from cancer was awarded 100% permanent disability and lifetime medical care as a result of a claim that the Law Firm of Rowen, Gurvey & Win filed on his behalf.  The firm was again persuasive in convincing the court of the connection between chemical exposure and the workers’ medical problems.  The judge wrote that the worker “sustained injuries arising out of and occurring in the course of, his employment to his nerves and psychiatric state, causing cancer and gastrointestinal disorders.

In a case in which a special equipment installer died of leukemia, the workers’ compensation judge ruled that “the Applicant sustained injury arising out of, and in the course of, his employment…by aggravating his pre-existing non-industrial leukemia, hastening his demise and resulting in his death.”  In that case, the Law Firm of Rowen, Gurvey & Win was able to argue successfully that the installer’s work stress had a negative impact on his auto immune system, ultimately hastening his death.  As a result his survivors received a large financial award.

In another case handled by the Law Firm of Rowen, Gurvey & Win, a Caltrans maintenance worker dies as a result of cancer.  He had worked for the Department for 22 years, and most of his time was spent doing landscape work on various Los Angeles freeways.  His supervisor testified at trial that a lot of spraying was done from the boom sprayer in front of a slow-moving truck and workers frequently got caught in the air flow of the spray.  The judge ruled that the workers’ death was “hastened by his industrial exposure to chemicals and is therefore compensable.” Again, his survivors received compensation.

All of these cases, and others, have established precedents in the workers’ compensation arena for financial recovery relating to exposure toxic chemicals.  Such precedents make it easier to prove future cases of disability or medical conditions resulting from, or related to toxic chemicals.

Making a false or fraudulent worker’s compensation claim is a felony subject to up to 5 years in prison or fines of up to $150,000.00 or double the value of the fraud, whichever is greater, or by both imprisonment and fine.